Founded in 2003 by SCC board member and pianist, Liliane Questel. 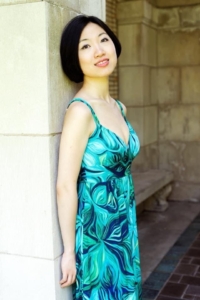 Sun has performed in Britain, Russia, Hong Kong, and extensively in the United States and mainland China. She has soloed with the Memphis Repertory Orchestra, the Saint Petersburg Academic Philharmonia Orchestra, and the CCM Philharmonia Orchestra. She has attended Bowdoin International Music Festival, PianoFest in the Hamptons, Aspen Music Festival, and two Chautauqua Music Festivals. Sun’s recital was aired on Cincinnati Public Radio, and she has been the artist in residence at the Cincinnati Music and Arts Society since 2019. She has been invited to perform as a solo guest artist at many music series and schools in the U.S and mainland China. She has performed in masterclasses with many world-renowned pianists and was a recipient for numerous scholarships. In her 2021-2022 Season, she has given recital at University of Chicago and has performed at two CCM Zemlinsky Concerts featuring worldwide famous contemporary composers. The highlights in her 2022-2023 Season include giving recital debuts at Athens Public Library in Athens, OH and at the “Rising Stars Piano Series” at New York Southampton Culture Center, judging the Ohio International Piano Duet and Duo Competition which she will be performing as a faculty artist at Ohio University, and to be an invited editor-in-chief for New York based bilingual music magazine “ALONG 同行”.

An active and diversified chamber musician, Sun’s “SunRix Trio” was among the six piano trios advanced at the 2019 Fischoff National Chamber Music Competition Senior Division after won 1st place at the Hong Kong International Chamber Music Competition and 2nd prize at the CCM Chamber Music Competition. She has performed at chamber concerts extensively, including at the “La Salle” music series, two Eastman Honors recitals, numerous music series and schools in the U.S. She has attended the Cincinnati Chamber Music Festival as a fellowship artist and has been selected as a fellow for the Toronto Chamber Music Festival. She has served as collaborative pianist at Eastman Community Music School and CCM Preparatory Department and was a keyboardist at Chautauqua Music School Festival Orchestra. Sun has performed substantially and individually with a wide variety of instruments including strings, woodwinds, brass, percussion, keyboard; with singers of classical voice and musical theatre, and Eastman Chamber Singers choir; and with various dancers.

Sun has served as the Head of Graduate Teaching Assistants in the Secondary Piano Department at CCM where she won the Graduate Excellence in Teaching Award and the renowned Dorothy Payne Scholarship. She has also served as Co-President at the Music Teacher National Association (MTNA) CCM chapter and as the liaison between the Cincinnati Keyboard Club and CCM. Sun has taught applied lessons and group classes for the Secondary Piano Departments at CCM and Eastman School of Music for seven years in total. She has presented twice at the National Conference on Keyboard Pedagogy (NCKP) and the MTNA Collegiate Chapters Piano Pedagogy Symposium. She has won 3rd prize for the poster session at the OhioMTA conference and has been published in the MTNA E-Journal as an invited reporter at the National Group Piano and Piano Pedagogy Forum (GP3).

Newspapers Sun has been featured in include: 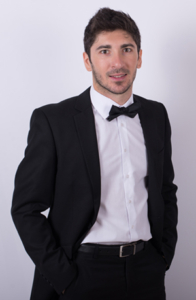 Described as “one of the most exciting pianists of the new generation” and “a young musician who really reflects all the real qualities of a true artist” (Genova, Amici del Teatro Carlo Felice), the Italian pianist Niccolò Ronchi is highly appreciated by both critics and audiences for his incredible virtuosity, great expressiveness and the communicative power of his interpretations. Despite his young age, he has already gained recognition in very many international contexts and can already boast a successful career.

After having won the “International Chopin Piano Competition” in Rome, Niccolò distinguished himself from 60 competitors from all over the world and started a busy concert career which allowed him to perform in some the most prestigious theatres and concert halls in Italy, Germany, France, Spain, England, the United States, Singapore, Russia, China, Japan, Indonesia and Malaysia. He performs both as a soloist and with orchestras, and numbers over 250 recitals and concerts, in which he has always gained unanimous praise of critics and public alike.

The next twelve months are going to be a milestone in Niccolo’s carreer as up-coming engagements include debuts in Singapore at “Singapore Theatre Hall”, in Reykjavik at “Kaladon Music Hall”, in Glasgow at “Glasgow Recital Hall”, in Kaunas at “State Philarmonic Hall” (Lithuania), in Stuttgart at “Lieder Hall” and in Bonn at “Beethoven Hall”. Niccolò has also been invited for two different tours in the Southeast Asia in 2022 and 2023. In the same years, he will be giving recitals and chamber music concerts during two different tours across the United States and he will be performing in China, Australia, Japan, Brazil and across Europe.

Despite his young age, Niccolò has been teaching with passion for more than twenty years. He recently accepted the offer of a piano professorship at Taranto Music University in Italy and he is frequently invited to give master-classes and seminars for important classical music institutions all over the world as well as some of the most prestigious universities in the US. He is frequently invited to take part in important international piano competition both as a juror or as president of the jury.

With several thousand followers all over the world, Niccolò’s extensive and ever-growing following via social media has led him to become an ambassador of piano and classical music in the world. He successfully involves the new, very-young generations by conveying a positive message on the joy of making music and studying classical music. His performances are highly appreciated for his force and charisma with which he captures the listener’s attention – so much so that his on-line videos have reached millions and millions of views worldwide.

“… It is truly astonishing to see how – in sections requiring extreme virtuoso skills, and in which the physical limits of the piano are reached – this young pianist can nevertheless give the impression of being capable of reaching beyond those limits, and doing it with the utmost ease. Thus, like it or not, there is little else to do, except to sit there dumbfounded.” (Il Piccolo newspaper, Trieste) 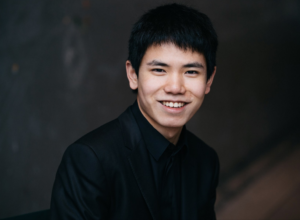 He has been a featured soloist on WQXR’s Young Artist Showcase and WFMT’s Dame Myra Hess Memorial Concerts and his Carnegie Hall debut at Zankel Hall (The Peter Marino Concert) made The New York Times’ “Best of Classical Music 2021” list. He has appeared in recital and chamber music performances at the Kennedy Center’s Terrace Theater, Alice Tully Hall with the Chamber Music Society of Lincoln Center, the Isabella Stewart Gardner Museum in Boston and this past summer was a Piano Fellow at Bravo! Vail.

A native of Hunan, China, Zhu started learning piano at the age of five. He is a graduate of the Music Middle School Affiliated to the Shanghai Conservatory of Music, where he studied with Zhe Tang, and Fou Ts’ong. He received a Bachelor of Music degree from The Juilliard School and is currently pursuing his post-baccalaureate diploma at Curtis Institute of Music, under the tutelage of Robert McDonald.

The Rising Stars Piano Series was founded in 2003 by SCC board member and pianist, Liliane Questel, a graduate of the Brussels Conservatory and the Baltimore’s Peabody Conservatory under the guidance of Leon Fleisher. The series mission focuses on performance opportunities primarily for participants and alumni of Pianofest of the Hamptons. These highly talented pianists attract a loyal following. The Tenth Anniversary Season in 2013 celebrated some of those musicians who by then were not “Rising Stars” anymore but celebrated performers.

The Rising Stars Piano Series is made possible by: